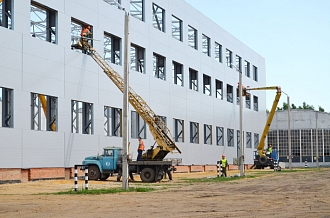 The sanctions are no longer seen in Russia as temporary evidence. The decision of European Union about their prolongation till the end of January, 2016, indicates the necessity to move from – "outwait stage" toward the stage of "adaptation". For domestic oil-and-gas producing industry, which is served as the basis for Russian economy, it means that – there is a serious need to solve the problem of import substitution of the equipment which is put under a ban in circumstances when the sanctions are imposed.

Operational use of foreign equipment in Russia has been always associated with a number of complexities. Equipment of foreign manufacture is more expensive than the machinery produced domestically. The supply price directly depends on the current exchange rate. Nowadays, this factor starts to play a crucial role because of the weaker rouble. The commissioning of the equipment, its maintenance and furthermore repairs call for involvement of foreign experts. This is the case when additional expenses are required, just as financial expenses, so the unscheduled ones.

It goes to show the necessity for mastering the manufacture of high-tech equipment in Russia. The Ministry of industry and trade together with RF Ministry of energy have elaborated task schedule with the purpose of import substitution, in which document the localization target is highly ranked. The national priorities are set up as follows: production of catalysts for petroleum refining industry sectors and petrochemical industry, manufacture of compressors for natural-gas liquefaction, gas turbines of high capacity, booster pump equipment, as well as software creation in order to optimize drilling performance and production of hydrocarbons.

As one of the first positive examples of import substitution economic policy there shall be given an experience of HMS Group - one of the leading machine-building holding company of the State, which just before the introduction of sanctions, precisely in 2013, began to build new unique production complex at the JSC «HMS Livgidromash» in Orel region.

Thanks to strategic well-timed decision the company will localize the multiproduct manufacture of its plant assets from abroad to the Orel region by the end of the current year: namely, product manufacturing from the Ukrainian enterprise «Nasosenergomash» which traditionally meets demands of the «Transneft» for pumping equipment more than for 80%, and the specialized production from Apollo Goessnitz GmbH— one of the top world suppliers of processing pumps. At the same time the production facilities of the Ukrainian JSC «Nasosenergomash» will be fully engaged with purchase orders for pumps destined to Nuclear Power Plants in China and international oil-and-gas companies in Iraq, and the production capacity of Apollo will be guaranteed with orders for pumping equipment intended for oil-and-gas production platforms, petroleum refineries and thermal power stations in Europe and South-East Asia - according to the company official.

Consequently, completion of work will indicate that new machine-building complex in t.Livny has been made as the state-of-the-art production facility which gives the possibility to design, fabricate and perform trials of the pumps directly on the one production platform. The major project of localization of the production facilities in Livny is met with support in Ministry of industry and trade because it makes possible to provide home-made machinery for not only the enterprises of oil-and-gas industry sector, but also thermal and nuclear power plants, water industry and many other branches of national economy.